How to Make the Brinks Home Security Corporate Office Listen

A legal option that can get Brinks Home Security to listen — and get you compensated.

It can sometimes feel like you are David trying to fight Goliath when taking on as large a corporation as Brinks Home Security, especially when they don’t live up to their promises. This is especially true if they’ve made a mistake that cost you money. And sometimes you’re under contract with the company for the Home Security Services they provide so if you don’t pay the bill, even if it’s wrong, they will cut off your service or charge you additional fees.

Phone calls with employees who don’t have any power end up wasting your time. Email complaints seem to go into a black hole with next to no evidence that they were received and even if they were, it’s nothing but an  inadequate response. Asking to speak with someone who has Authority at the corporate level usually takes too long or gets ignored entirely. What’s worse is when they tell you that don’t make things right but then they don’t follow through.

So what can you do at this stage other than feel like someone who is taken advantage of?

Use Arbitration to Settle Your Complaint with Brinks Home Security

Doing business with Brinks Home Security can make you feel rather powerless if something goes wrong because of how large the corporation is. Many service providers like this will include in their contract something that’s called forced arbitration clauses. This just means that you’re not allowed to take them to court when something goes wrong.

For many of us there may be limited options in terms of which security providers are available in our area which means we have to work with companies even if we know they are unresponsive or have customer service Issues.

Thankfully arbitration is a wonderful way to receive a satisfactory solution to your problem with Brinks Home Security, without having to sue them. It works very well in your favor in that it takes the control of the outcome away from the company and puts it in the hands of a neutral, impartial third party. That arbitrator looks at the facts from both sides and then makes a binding decision.

Arbitrations handled by the American Arbitration Association® is an option which complies with the Statement of Principles of the Consumer Due Process Protocol, which means:

As soon as you notify Brinks Home Security that you are considering arbitration, they suddenly become aware of the fact that their costs might be going up. Not only might they have to pay for your compensation but they might have to pay for the cost of the arbitration process and everything that includes. At this point a lot of companies are much more willing to consider offering a resolution to avoid as much of this unexpected cost as possible.

However, if they are still being a bit inflexible, you still have reasonable, transparent, and fair hearing options without having to spend any money. Our FairShake process will help you file for arbitration. It won’t cost you anything unless you win.

Once you start your arbitration process, the company loses the advantage it had. Now you and the company are on equal footing because the neutral arbitrator will look at both sides of the issue without any bias or without any unequal levels of control over the situation. The first step to give you the leverage you need to resolve the complaint fairly is to formally raise the problem with the company.

At FairShake we help you do this. We send a demand letter to the corporate office to start the process of resolving your case before you file arbitration. This process starts the clock on the time frame they have to make a reasonable offer. This is usually 30 days but that window of opportunity can vary based on the terms of your arbitration clause in the contract.

Roughly 50% of headquarters will offer a reasonable settlement during this window and then your issue assault without ever having to pursue arbitration.

But if it isn’t, the next step is to file your case with the American Arbitration Association. FairShake will put together all the official arbitration paperwork for you and guide you through the next steps.

If you take your case to arbitration, you might wonder whether you need an attorney. Now, as part of arbitration, it is not a legal requirement but in some cases it is in your best interest. For example, if you are dealing with a complicated issue, one that violates federal law, it might be best to have an attorney to help you maximize the potential value of your claim.

But for most common complaints, they fall under very specific laws which makes it easy to get high compensation without an attorney. . In legal terms, if you don’t have an attorney with you that means you are bringing your claim “pro se”. If you decide that you want to go forward without an attorney, check out some information from The American Arbitration Association’s Pro Se Case Administration Team.

Start by telling us what your issue is with Brinks Home Security. With FairShake, we get rid of any frustration of dealing with a big company and help you get a solution. With our 100% satisfaction guarantee, if you aren’t completely satisfied, you won’t owe us anything. All About Brinks Home Security Lawsuits 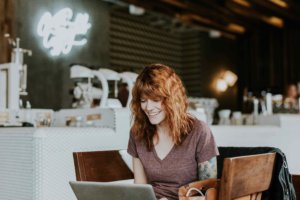