How to Make the Chase Bank Corporate Office Listen

A legal option that can get Chase Bank to listen — and get you compensated. It is easy to feel like you are standing up to a giant when a big financial company isn’t living up to their end of the deal.

This is especially true when it’s JP Morgan Chase that made a mistake which ends up costing you money, often in the form of fees. And if you don’t pay those fees, even if the mistake isn’t on your end, you get charged additional fees the longer it goes on page. What’s more, if the issue doesn’t get rectified, JP Morgan Chase might close your account.

Reaching out to JP Morgan Chase customer service is always hit-or-miss. The emails you send get bounced back with boilerplate responses that may or may not have been written by an actual person. Customer service phone calls take way too long and often end up with somebody on the other end who doesn’t actually have the authority to fix the problem. Getting a hold of somebody who does have that authority often proves impossible and very time-consuming.

So what can you do when you feel like you’re being taken advantage of?

Use Arbitration to Settle Your Complaint with JP Morgan Chase

When you do business with JP Morgan Chase you can often feel powerless especially when you know that they have accounts with millions of people so you’re just one in a million, quite literally. Most companies like JP Morgan Chase include what is referred to as arbitration clauses in your contract with them which prevents you from taking them to court.

In a lot of cases we are limited when it comes to the banking services we have available to us especially when you need to have a physical branch available in your town and there may only be a handful to choose from. This forces a lot of people to pick a company that knowingly has low customer service standards or unresponsive staff for customer complaints.

Arbitration helps you to get a satisfactory solution for your issue without having to sue JP Morgan Chase. When you send an arbitration request to JP Morgan Chase they have to do a lot of work and they know that they might lose control over the outcome, very much unlike the power they have to ignore your emails or your meeting complaints. With arbitration an independent individual, known as the arbitrator, is appointed to the case and they are an impartial individual who looks at fax from all sides and then makes a binding decision.

Once you notify JP Morgan Chase that you are going to pursue arbitration, they know that you have leverage and they don’t. Arbitration gives you leverage because JP Morgan Chase is now made aware of the fact that not only will they potentially have to pay what you’re asking for but they’ll have to pay additional cost for the arbitration process and they really don’t want that so at this point many companies are much more willing to meet your demands.

But if they aren’t quite yet willing, you can get a reasonable, transparent, and just hearing without having to spend any money by using our FairShake process to help you file for arbitration. It won’t cost you anything unless you win.

This level of leverage leads to faster settlements because you and JP Morgan Chase are on equal footing. The neutral arbitrator takes away the company advantage of being a nameless, faceless organization. Now you’re both the same.

The first step to resolving your issue is formally raising the problem with JP Morgan Chase. At FairShake we do this for you. We send a demand letter to the corporate office to start the process of resolving your case before you file arbitration. JP Morgan Chase has a 30-day time limit in which to make their decision but this is contingent upon the time limit laid out in your arbitration clause.

About half of the cases we take on get solved very quickly, with JP Morgan Chase making an acceptable settlement during that time. But if they don’t give you a settlement that’s reasonable, the next step is simply file the appropriate paperwork with the American Arbitration Association. FairShake will put together all the official arbitration paperwork for you and guide you through the next steps.

Do I Need an Attorney?

If your case goes to arbitration, you have the choice to present things yourself or hire an attorney. In legal terms, if you don’t have an attorney with you that means you are bringing your claim “pro se”. If you decide that you want to go forward without an attorney, check out some information from The American Arbitration Association’s Pro Se Case Administration Team.

There are certain complaints that are pretty common. These all fall under very specific laws and make it easy to get compensation. However for some complaints like those involving improper debt collection attempts or robocalls, having an attorney to assist you might help you maximize the value of your claim.

At FairShake we take away the stress of dealing with as large a company as JP Morgan Chase. All you have to do is tell us your issue and we will guide you through the process. We offer a 100% satisfaction guarantee. If you are not 100% satisfied with the service you received, you don’t owe us a dime. 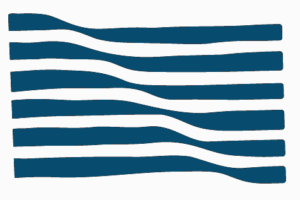 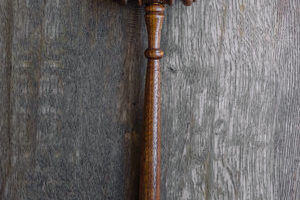 All About Chase Bank Lawsuits