Are Chase accounts protected from fraud?

Get JP Morgan Chase to listen: Submitting a legal claim can bring them to the table to settle your dispute.

Have you been the victim of fraud? Have you seen a fraudulent JPMorgan Chase account opened in your name? Perhaps you try to reach out to customer service but they refuse to do anything. So what can you do when JPMorgan Chase won’t act? We explain.

Tired of talking in circles with customer service? File an official claim instead:

Are checking accounts protected from fraud?

Your online checking account, even if they are only digital, have federal protections against fraud thanks to Federal Reserve Regulation E. This level of protection means that if there are unauthorized transactions on your checking account and you report it to your bank, you are not financially responsible for it.

Chase offers what is called Rapid Reimbursement. This means that if there is fraud on your account they will reimburse you while the fraud is being investigated. The zero liability protection on your JPMorgan Chase account protects you against fraud whether it was through your checking account, savings account, debit card, or Chase credit card. All you have to do is call the number on the back of the card to report the unauthorized charges and you won’t be responsible, and they will reimburse the stolen money.

Lost funds to scammers? Get JP Morgan Chase to act:

You have to make sure you contact the company as soon as you see fraud. Once you notify them, you have no additional financial responsibility and legally, you are only responsible for up to $50 for each stolen card or lost card or stolen account number according to the Fair Credit billing Act.

You can also report fraud through other means but they do recommend you phone them for fastest resolution.

The government recommends that once you contact your bank you all report any fraud to the Federal Trade Commission.

Yes they absolutely do. If you reach out and talk to your institution immediately, they will start an investigative process that can take up to 45 days, but long-term is beneficial for everyone because it helps them find evidence for and potentially the person responsible for said crime and prevent it from happening in the future.

Still, there are customers who don’t get the outcome they want. One customer explained that they tried to report fraud 4 times and eventually Chase tried to convince them that they, as the customer, had committed fraud instead.

Another saw their fraud complaint only worse with time, and still waits for a resolution:

“I was to get a refund on an unauthorized order On Jan.23, an unauthorized purchase in my name and credit was ordered. In the form of researching Rims for my car on Amazon’s site I was not going to order these rims for they were too small but maybe some similar as I did not have enough money. So a rep or someone took the liberty to order them for me and to charge it to my card. I informed Amazon and Chase/Amazon (Credit Card service for Amazon).That I did not order the rims. After providing proof money was refunded to my account. After about a week later. I was recharged by Amazon, but when talking with Amazon it was Chase who recharged, I was talking with both and could not get a straight from either as to which did the recharging. Amazon emailed me a letter letting me know that the only charges I had was about $30.00. I sent the letter to Chase in my Case dispute. From some of the Chase Rep some tell me that it is going to take another 30 days to resolve the case, from others the case has been resolved and not in my favor. It’s been since Jan.23rd that I have been going back and forth. So I told one of the Rep’s if the case has been resolved send me all of my evidence that I presented to them cause I could not believe the results after all I did show a letter showing where someone took it upon themselves to make an order with my consent.”

Related: How to Spot and Report Illegal and Unfair Banking

What can a scammer do with my bank account number?

Once a scammer gets a hold of your bank account number and your routing number, they can do a lot of things all of which entail stealing your money. They can open a fraudulent JPMorgan Chase account in your name and use that to do things like order more checks, open applications for personal loans, and get extra credit cards in your name, all of which will significantly impact your identity and your credit score.

What to Do If JPMorgan Chase Won’t Act

If you have been victimized by fraud, and your bank still won’t listen, or they are denying your claim, there are other options. Contact FairShake to learn more about consumer arbitration and your legal rights. 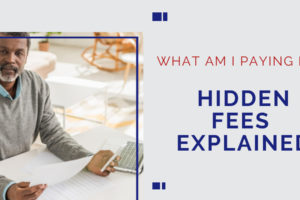 How to Cancel Chase