How to Report Comcast for False Advertising

If you’ve been misled by Comcast, we can help you file a legal claim.

Problem with your recent purchase? Maybe you think the company misled you and now you want to know how to report Comcast for false advertising. Here’s what to do next.

False advertising or marketing is any time a company presents product information or information about their services that is misleading, incorrect, or fraudulent.

The FTC defines false advertising as:

Sourced from the FTC with creative input from FairShake.

There are rules that can help you spot instances of false advertising, report it, and laws that can go so far as to penalize companies. The rules exist at the state and federal level in the form of consumer protection laws. Most laws are governed by The Federal Trade Commission Act, which established the FTC in 1914. The FTC has jurisdiction to respond to complaints about false advertising from individuals or businesses, as outlined in the US legal code.

The FTC has a lot of different categories for false advertising one of which is false reviews and testimonies. In the age of the Internet, it’s very easy for companies to use things like influencer marketing where they have a celebrity or popular person try out their products and then give a review or a testimonial.

This is another complicated situation where someone legitimately could have tried a product or service and given a review but just as likely are situations where someone didn’t try it and got paid to give that review. In the case of the latter, that’s illegal.

In one case, a class action lawsuit was brought against Comcast because of the fees they hid in their contracts. This suit claimed that “Comcast promises to charge customers a fixed monthly price for the service plans, but in fact Comcast charges a much higher rate for those plans via concealed and deceptive ‘fees’ which Comcast intentionally disguises in both its advertising and in its customer bills. These illegal and deceptive fees, which Comcast calls the Broadcast TV fee and the Regional Sports fee, earn Comcast ovr $1 billion each year, accounting for approximately 15% of Comcast’s annual profits.” Part of the research done for this lawsuit found that since 2010, Comcast has routinely increased these junk fees, as they are called, by upwards of 1000%.

“Comcast stuck too many Massachusetts customers with lengthy, expensive contracts that left many in debt and others with damaged credit. Customers have a right to clear information about the products and services they buy. This settlement should encourage the entire cable and telecommunications.”

The attorney general explained that Comcast provided “inaccurate and misleading” information on pricing to for those customers who signed up for a long term contract, failing to explain things like, how their monthly bill would go up 40%, or how the opinion to cancel a long term contract brought with it a fee up to $240. One series of ads showed that customers who signed up would lock in a rate of $99 but the bill would go up during part of the long term contract and they would be charged monthly fees and equipment costs, none of which was explained.

In yet another case, Comcast agreed to pay $1.1 million in refunds for a deceptive advertising lawsuit with the Minnesota attorney general, providing relief for 15,600 customers in Minnesota and millions of dollars in debt relief for 16,000 customers.

The Comcast community forum reveals a lot of upset customers who mention the false advertising on the site. One customer explained:

“When purchasing a new service, you are presented with the full channel listing, it shows what each package included. Apparently, the package does not always include what it says it does though, which is a pretty big issue when purchasing a new service or upgrade. It will list HD channels and never mention that they are only included if you do something else, only to find out that you have gotten a great bait and switch from Comcast. After you get past that lie you get to the next one, the HD box. In the image you can see that the HD box is priced at $0.00, in reality it is $10 per month because of a bait and switch typical of Comcast.

There would be an image of the $0.00 price charged for the HD box, but comcast is censoring me and won’t allow the image in this forum.

For anyone reading this, I would suggest not using comcast or being sure you look at every single little detail and going into the store to get every item you are actually getting spelled out for you. I was given a bait and switch here telling me on my channel list that I would have a full complement of HD channels only to find out that it would cost me even more than the exorbitant fees of comcast, so I ended up having to spend an hour and a half of my day on the phone with Comcast to get my cable canceled and only have internet again. Good luck all, I hope your experience with Comcast is better than mine.”

In another lawsuit, Hart v. Comcast, it was alleged that Comcast would falsely advertise the high speed service, but then deliberately used technology to throttle back the speed.

That means you can report it even if it didn’t affect you personally by submitting a consumer complaint to the FTC. Only by filing a Consumer complaint with the FTC can they investigate and take action. That action might be something as simple as telling the company what they’ve done wrong and asking them to fix it or it might be something like hefty legal fines or jail time. You can also submit a complaint to TruthinAdvertising.org where it will go public.

However, if you have been wronged by false advertising, the rules that govern how you can get recourse will depend on your state’s laws related to Unfair and Deceptive Acts and Practices.

Even if you go through your state laws or the FTC issues a hefty fine, that doesn’t mean that you get money in your pocket. You can’t sue Comcast directly (another customer tried that already, and Comcast invoked their arbitration clause).

So if you were personally affected by false advertising and lost money because of it, your other options are to reach out to customer service directly but that doesn’t necessarily get you anywhere. One thing you can do if customer service isn’t helping either is to use consumer arbitration.

Consumer arbitration is usually faster and less expensive than going to court but it can still be a bit confusing because it is a legal process with a fair amount of paperwork. That’s where we can help. FairShake helps you navigate the consumer arbitration process, from filing your claim to getting the resolution you deserve. What's in my Comcast Contract? 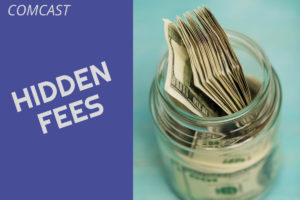 Understand the Hidden Fees in Your Comcast Bill 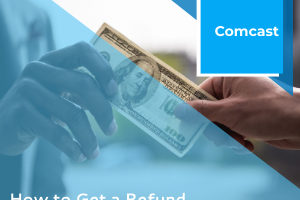 Can I get a refund from Comcast?

I was having problems with the company for months. That you could make my problem resolved in a few days is wonderful.

FairShake Helps put the power and money back in your hands