Company promised you a bonus to switch phone carriers, but they didn’t deliver?

Customers report getting cheated out of hundreds under rebate and buyout offers.

However, a large number of wireless customers are finding out the deals can be too good to be true. 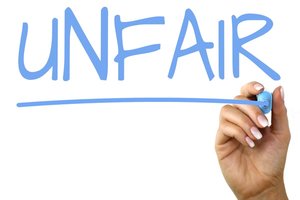 We’re hearing complaints from customers that say they were misled or even “scammed” out of the rebates, buyouts, or bonuses they were promised for switching carriers. Some customers are taking legal action!

Here are some things to look out for in these “Switching Bonus” programs:

The end result of these misleading offers, customers say, is huge early termination bills sent by their former carriers, which the new carrier said they’d cover, but never did. Some customers are being sent to collections and having their credit reports impacted, which is a huge a problem.

If you feel misled or scammed by one of these “Switch to AT&T,” “Switch to Verizon,” “Switch to T-Mobile,” or “Switch to Sprint” deals, FairShake wants to help. Start your claim now.

*Sorry, we don’t cover Sprint, yet, but let us know your Sprint complaint here.

FairShake: Americans spend over 300 million hours per year on hold with their phone providers