New Data: American Express was most frequent target of consumer arbitration claims in Q2; 98% of Amex claims ended in settlement

Published on August 7, 2019 by the FairShake Team

Oakland, CA (August 7, 2019) – American Express proclaims of the company’s card, “Don’t live life without it.” But an increasing number of AmEx customers have been looking in another direction to solve their problems: The financial giant was the largest target of consumer arbitration claims resolved last quarter.

What is consumer arbitration?

In a consumer arbitration proceeding, a neutral legal professional is empowered to resolve disputes between customers and corporations under a pre-agreed set of procedural rules in what basically amounts to a private court system. Company contracts in industries like telecom and financial services typically require that legal disputes over corporate misdeeds such as misleading promotions, overbilling, and improper credit reporting be handled via the arbitration process.

Arbitration claims are usually handled on an individual basis, pitting a single consumer against a large company. This stands in contrast with the more familiar class action lawsuit system, which the arbitration system increasingly preempts.

Consumer arbitration has been in the news recently as companies like JP Morgan Chase are expanding the practice’s use, while some Democratic members of Congress seek to limit it. 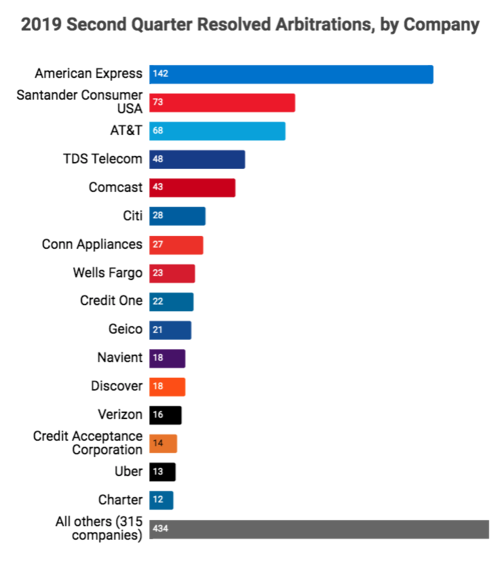 Among disputes taken to arbitration, few make it all the way through the process laid out by the AAA. Instead, 68% percent of arbitration resolved in the most recent quarter concluded with a private settlement between the consumer and the company.

Within the five highest-volume companies, all but one settled at least 85% of cases. Comcast was the outlier: the Philadelphia-based cable conglomerate settled only 8% of the cases resolved in the second quarter (3 cases). On the other hand, 89% percent of claims against Comcast (33 cases) were withdrawn by the consumer.

FairShake co-founder Max Kornblith says the latest arbitration data should be interpreted in the broader context of consumer satisfaction. “If low consumer arbitration volumes meant consumers are largely happy with how big companies treat them, and see little to no misbehavior, then these would be something to celebrate.”

“But everything we see and hear from actual consumers indicates that this is not the case,” says Kornblith. Noting that FairShake’s consumer advocacy platform enables consumers to easily and effectively file and pursue arbitration claims through the AAA, he says, “We want to get the word out that this is a powerful system available for consumers to get justice when big companies do wrong.”

FairShake is building the consumer empowerment platform of the future. Our mission is to give consumers superpowers to take on big companies and win. Founded in 2018, FairShake has helped thousands of consumers through the company’s online platform that makes it easy to file and track complaints, and to escalate them to the consumer arbitration system if negotiation fails.

More from the analysis… 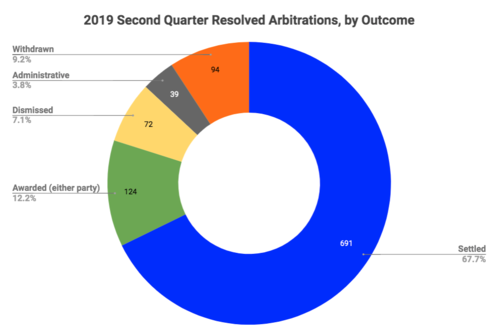 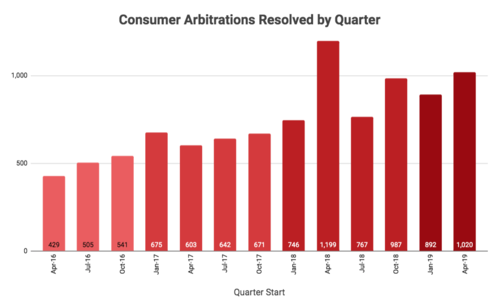