Latest from Comcast: Refunds for Mass. customers over hidden fees, impact on credit

Published on November 14, 2018 by the FairShake Team

Comcast customers in Massachusetts may be in for a welcome holiday present: cash refunds. 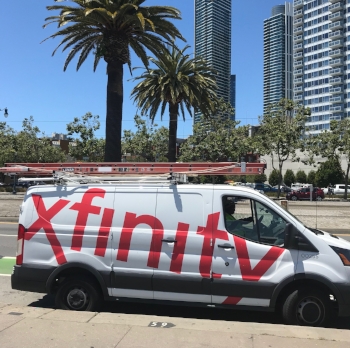 As first reported by Ars Technica, an announcement yesterday from Attorney General Maura Healy revealed a settlement covering 20,000 Comcast subscribers, some of whom could gain hundreds of dollars.

According to Ms. Healy,

“Comcast failed to adequately disclose the actual monthly price and terms of its long-term contracts for cable services, including failing to disclose to customers that the company could increase the price of certain monthly fees at any point during the long-term contracts.”

Some customers faced a choice between a monthly bill 40% above the price when they signed their contract, or a termination fee up to $240 to cancel it.

So you know the fees on top of fees that can pile onto your cable bill — equipment fees, late fees, surcharges, “extra” features, etc.? Massachusetts customers will actually get some of those back!

The Attorney General’s announcement will strike a cord with the thousands of consumers with standing complaints against Comcast:

“Comcast stuck too many Massachusetts customers with lengthy, expensive contracts that left many in debt and others with damaged credit,” said AG Healey. “Customers have a right to clear information about the products and services they buy. This settlement should encourage the entire cable and telecommunications industry to take a close look at their advertisements and make sure customers are getting a fair offer.”

How big a deal is this? Our most recent review found 28,586 complaints against Comcast according to the Better Business Bureau. Analysis shows that hidden fees were the most frequently cited consumer complaint, followed by low service quality and difficult cancellation experiences.

If you don’t live in Massachusetts, and have a dispute with Comcast, you may still have options. Learn more in our Guide to Fighting Comcast.

Were you overcharged by Comcast?

Millions of customers are taken advantage of by big companies. FairShake tracks the legal landscape for the best opportunities to help you get compensation.

What’s the most frustrating company? Here’s what the numbers say…