All About CenturyLink Lawsuits

Learn what CenturyLink lawsuits are out there, and how to take action… CenturyLink is a leading internet, phone, and TV provider.

There are several current lawsuits and claims filed against CenturyLink already.

DSL subscribers are going to find a new $1 “Internet Cost Recovery Fee” fee on their bill beginning this month, according to Broadband DSL Reports…Not surprisingly, forum users expressed frustration over the new fee being tacked onto their monthly bill.

Most of these lawsuits are class action which means you may be able to get in on the settlement. Take a look at this list of lawsuits against CenturyLink to see if you might be affected.

I called CentryLink and ordered service because the advertisement saying that I can get service for $29.99. Then when I ordered the service I was told there was a one-time fee of $89.95, and they said the bill would go down to $78.00 but instead it went up.

According to the Orlando Sentinel, CenturyLink customers and shareholders have filed a nationwide class action lawsuit alleging that CenturyLink engaged in deceptive billing and fabricated disclosure statements.

The lawsuit, filed in Minnesota but representing folks in Orlando and those in a dozen or so states, says that misquoting charges and adding unwanted services was “so endemic and institutionalized at CenturyLink” that the company may have over-billed 3.5 million customers — half those who buy Internet and up to a third of those who have household phones.

The suit is out to get refunds for customers [in Orlando] and elsewhere, and to change the way CenturyLink does business, which it contends results in massive rip-offs of customers

CenturyLink Lawsuit by the State of Minnesota

The State of Minnesota has also filed a civil lawsuit alleging that CenturyLink engaged in unfair billing practices. This story from BGR outlines the case:

The complaint says that CenturyLink “routinely fails to live up to its promises about the total prices consumers will pay for its services,” and worse, wouldn’t honor the agreed-upon prices with consumers when challenged.

“Shopping for internet and cable TV service isn’t easy if companies don’t give straight answers about the prices they will charge,” Minnesota Attorney General Lori Swanson said in a statement.

As reported by Globe News Wire, CenturyLink has been recently sued by shareholders for alleged violations of federal securities laws:

According to the lawsuit, defendants made false and/or misleading statements and/or failed to disclose that: (1) CenturyLink had undisclosed material weaknesses in its internal controls over revenue recording processes and the procedures for measuring fair value of assets and liabilities assumed in connection with its Level 3 Communications, Inc. acquisition; (2) consequently, CenturyLink would delay the filing of its Form 10-K for the fiscal year ended December 31, 2018 despite initially reporting those financial results in a press release dated February 13, 2019; and (3) as a result, CenturyLink’s public statements were materially false and misleading at all relevant times When the true details entered the market, the lawsuit claims that investors suffered damages.

CenturyLink Fined by the Federal Communications Commission for Unauthorized Charges

According to a Federal Communications Commission press release (“FCC”), CenturyLink was fined for unauthorized charges on customers’ bills:

The Federal Communications Commission’s Enforcement Bureau today announced a settlement with CenturyLink to resolve an investigation into the company’s placement of unauthorized third-party charges and fees onto consumers’ bills. This practice, known as cramming, is unjust and unreasonable under the Communications Act. As part of the settlement, the company has agreed to pay $550,000 to the U.S. Treasury and has committed to a compliance plan designed to protect consumers and prevent future cramming.

“Over the years, the FCC has done yeoman’s work in fighting cramming and getting major phone companies to stop this practice,” said Rosemary Harold, Chief of the Enforcement Bureau. “With today’s action, another major phone company will stop cramming and prevent unscrupulous third parties from adding fees to bills without prior express consent.”

CenturyLink Fined by the Federal Communications Commission for 911 Outage

CenturyLink was also fined by the Federal Communications Commission (“FCC”) for a 911 outage that prevented consumers from reaching emergency call centers as stated in an FCC press release:

The 911 outage did not stem from an extraordinary natural disaster or other unforeseeable catastrophe; rather, it was a “sunny day” failure that resulted in over 6,600 missed 911 calls, including calls reportedly involving domestic violence, assault, motor vehicle accidents, a heart attack, an overdose, and an intruder breaking into a residence.

“Americans need to be confident that the service they use to reach first responders is reliable and accessible in their time of need,” said Chairman Tom Wheeler. “Providers have a responsibility to ensure that Americans can use 911 to call for help any time. When a company fails to live up to its obligations, it will be held accountable.”

In December, 2019, CenturyLink was hit with a $6.1 million penalty fee for not disclosing their “Internet Cost Recovery” fee, according to Ars Technica.

“CenturyLink deceived consumers by telling them they would pay one price and then charging them more,” Washington Attorney General Bob Ferguson said in an announcement yesterday. “Companies must clearly disclose all added fees and charges to Washingtonians.”

Even if you aren’t able to cash in on these listed lawsuits, your complaint may fit arbitration with CenturyLink. We can help you file a claim and get compensated – learn more here. 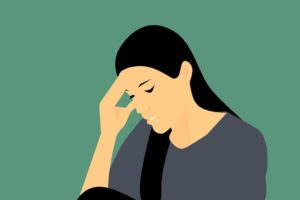 How to Negotiate Your CenturyLink Bill Will CenturyLink Customers Get Money Back?