Is Verizon Wireless charging you a bogus Early Termination Fee? FairShake can help. If you have an account with Verizon Wireless or you were trying to switch your phone providers, you might run into the early termination fee. What is it? Is it even legal? We explain.

Telecommunications companies are always offering new deals and promotions, discounts especially on products. You may recall different promotional advertisements where you get a new phone or a discounted phone. Phones today can be worth hundreds if not thousands of dollars and as such, the deal offered to you might save you a few hundred dollars.

But what is to stop you as the customer from taking that deal, getting the new phone, and then 2 weeks later canceling your service for someone else? Theoretically that is the early termination fee, the thing that stops you from taking advantage of companies and the deals they offer.

Still, some companies charged particularly excessive fees for their departing customers, an issue that made headlines a decade prior.

How do I know if my contract with Verizon Wireless has an early termination fee?

You need to review your bill to see if it has the early termination fee listed in the fine print, usually the last few pages of the bill that most people disregard. You can also check out your full contract with the company as well as the terms and conditions.

So is it illegal for Verizon Wireless to charge me early termination fees?

No. Early termination fees are not illegal. They are perfectly legal so long as they are not excessive. The excessive nature of the fees was the source of the FC see charges and the subsequent lawsuit.

Early termination fees are intended to recover legitimate costs but when they are too extreme, they’re used as a form of coercion, forcing customers to stay with a company because they can’t afford to pay the high fee to leave the company. It’s important to note that Verizon denied doing anything wrong and in spite of this, there are still reasonable early termination fees that are completely legal and those are what you paid today.

Still, back in 2008 Verizon Wireless paid 21 million dollars to settle a lawsuit stating that the early termination fees they charge to some customers excessive and unfair. The FCC decided that charging customers over $200 was excessive.

Why would some Verizon Wireless contracts include an early termination fee?

Can I negotiate over an early termination fee?

Yes, you can try. Contact Verizon customer service first. Make sure you have a notepad near you so that you can write down the names and any Affiliated identification for the representatives with whom you speak, especially if you reach an agreement with them.

One of your best options here is to try and work for a prorated deal especially if you are only canceling one line or number and not your entire contract. Even still you can negotiate before you enter into a contract or when you are preparing to leave Verizon Wireless.

I’m being charged an early termination fee but I shouldn’t be, what can I do?

At FairShake, we can help. Learn how our process works in your favor — or start now… 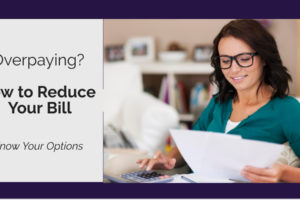 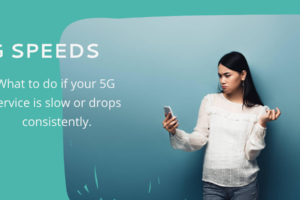 What to do about Slow 5G from Verizon Wireless